Creation Speakers at No Fee

Creation Ministries International is a global creation apologetics ministry that specializes in answering the hardest questions people have about Biblical origins— questions like “Where did Cain get his wife,” “What about dinosaurs,” “How old are fossils,”  and “Why do we see so much death and suffering in the world?”  We show people that the Gospel is rooted in the book of Genesis. This message really resonates with the whole congregation and is essential if we are to […]

Preacher Available My wife and I have been in ministry for over 52 years.  I  have retired from my current position as pastor in Surprise, Arizona after more than 12 years in the church there.  My experience in ministry is varied from Christian education pastor, Christian school administration, to preaching pastor.  I love to teach and preach the Word of God.  I am available to preach throughout the Southwest for both short and long-term supply positions. In the […] 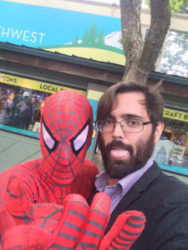 Summary: I’m 25 years old, love the process of studying and sharing what I’ve learned about the bible in a relatable, rigorous way and a perpetual lover of all things nerdy. I look forward to meeting people, hearing their stories and sharing my own. I only need 12 hours notice for churches in the Los Angeles area and 24 for the rest of California or Arizona. Home Church: Sanctuary Covenant Prescott Website Pastor: Jesse Burke […]

I began my Christian ministry spending six years with Campus Crusade for Christ after college and have continued to teach and preach through my local church, plus as a Christian radio and television personality since. As a health practitioner, I have presented individual messages and all-day seminars in churches of many denominations. I have served as a teaching elder in a non-denominational church where I regularly filled the pulpit during a one-year pastoral search. I […]

~ Serving the lost and broken… The Reverend Joseph Kelleher is a certified community crisis and emergency services chaplain. His ministry focuses on the needs our Military and First Responders, though he serves ALL who seek the Word of God. JC, as he is known, has a background in Information Technology, Broadcasting and Emergency Services. He is a Certified Community Crisis Chaplain and has proudly served in the United States Air Force. Serving Arizona’s Valley […]

I am now in my 4th year at The Master’s Seminary in Southern California and I will be graduating with an M.Div in May 2016. I am a member of Grace Community Church under the shepherding-pastoral / teaching ministry of John MacArthur. I serve under the direct leadership of pastor Bill Shannon in the Faithbuilders fellowship group at GCC. I teach a bible study in the home of elder Tom Leman on the first and […] 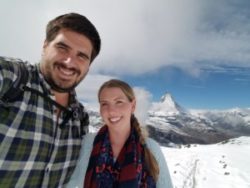 I am married to my lovely wife Chelsea Enright and we have a dog and a cat. I graduated from Westminster Seminary in 2014 and moved back to Chicago for 9 months and worked on a ThM at Trinity Evangelical Divinity School. In 2015 I took a position with the Institute for Biblical Counseling and Discipleship which allowed me to move back to Southern California. I’m currently working full time with IBCD, but I am interested in pursuing opportunities to preach.